April 2, 2015:  Yesterday took us all the way to Gibraltar where the Atlantic forces an entrance to the Mediterranean Sea.

This 1400 foot limestone rock has stood its storied ground since the times before the ancient Romans and Greeks considered it one of the “two Pillars of Hercules, which marked the edge of the ancient world”. * The destination proved to offer the spectacular views we were hoping to see, even though the fog only broke briefly to reveal the very top of “the rock”.

We admired the coast of the Iberian peninsula stretching from west to east, and disappearing into the fog. Behind us, the Moroccan Coast of Africa was still enshrouded in fog, to our disappointment.

Our trip found us in a cab from our Costalita Villa to the nearby Estepona Avanza Portilla Bus Station which took us to the town of La Linea and the line demarking the political border between Spain and Great Britain. We then walked (much to my surprise, Gibraltar is a peninsula, not an island.) across the border, showing our passports as needed,

and boarded another bus to the cable car and the short ride up to the top of the rock. (By the way, the Squaw Valley cable car ride is higher, longer, and much scarier.) 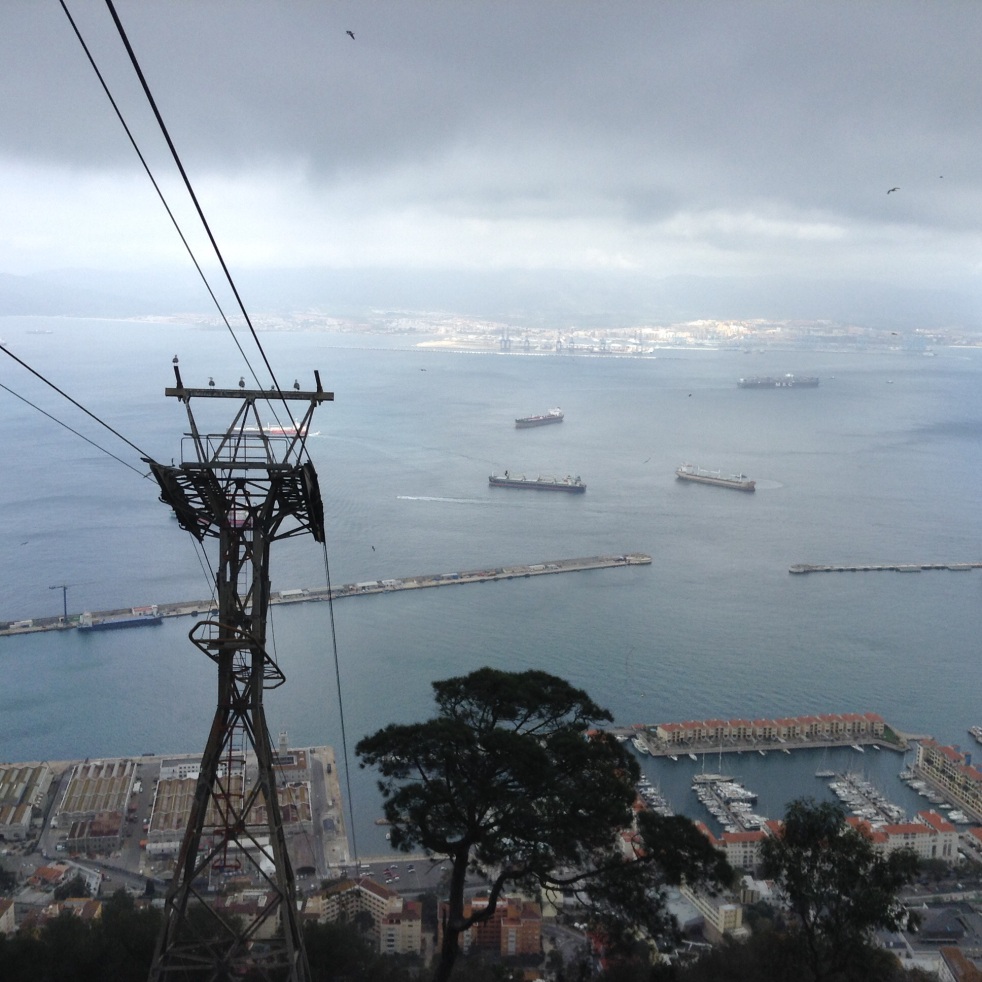 We were greeted by a toddler Barbary Ape prior to getting off the cable car,

and then wandered around the top of the rock snapping pictures and watching the sea gulls below us play with and in the strong wind currents.

Following the descent on the cable car, we roamed around central Gibraltar, enjoying the evidence of the British culture.

After the two-hour bus ride back to Estepona, we had a Chinese dinner at the harbor in Estepona and taxied back to Costalita Villa, another tiring but rewarding day spent out and about, mostly on the plain in Spain.

4 thoughts on “Cable Cars with Barbary-Apes and Fog-shrouded Vistas..”