Come along for the ride!

This was a city bus day for Norm and me. First, we took the bus to the Old Town area hoping to find an advertised craft and flea market. When we checked at the tourist information booth, we were told it had been moved to an area too far for my feet to find. So we picked up a bus route map, and selected the Bus #4 route which would take us toward the port on the Mediterranean, like turtles drawn to water. Here are some photos in the order I took them on the bus ride… Common “everywhere” types of sites.

Hop on and come along for the ride!

We started out at the Plaza de La Reina in the historic Old City. Not your ordinary skyline…the lion in the distance marks the government offices.

This could be a one-way street anywhere. 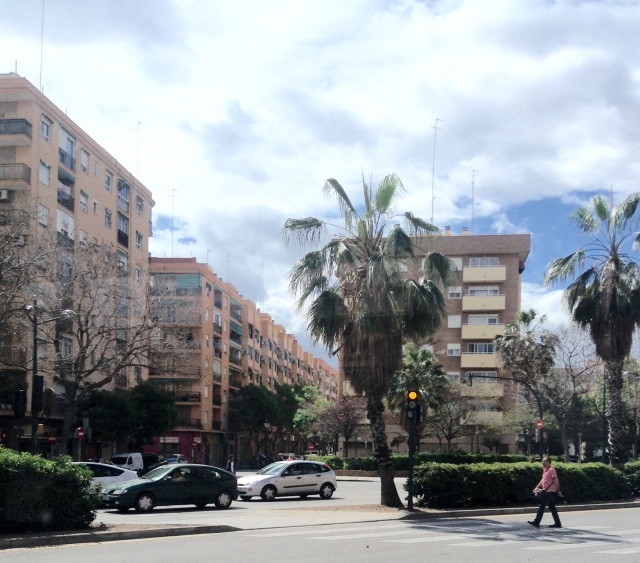 Another common looking street and skyline in any big city… Except for the palm trees! Very nostalgic for us.

There are always outdoor eating areas by cafes, even in very common neighborhoods.

Across the Jardin de Turia, the Turia riverbed park, we catch a glimpse of the Ciudad de las Artes and Sciences buildings.

Here by the port, the River Turia resurfaces before flowing into the sea.

As we turned to start the route back to center city, the neighborhoods are those not usually on a tourist’s route. This building with the green cross is a pharmacy. 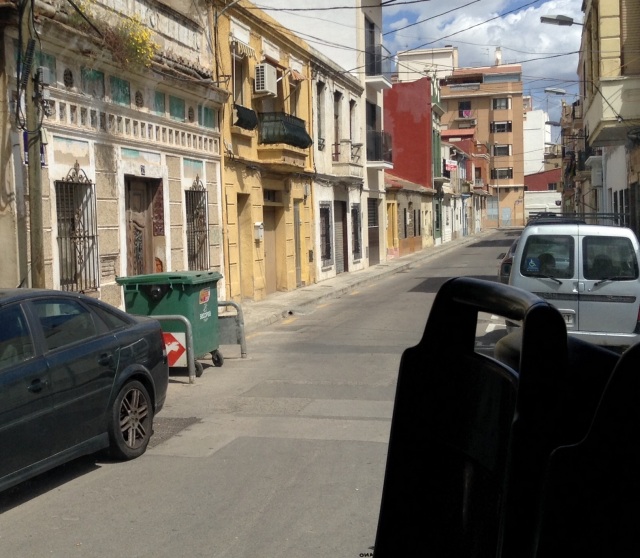 A view of one of the streets in the port neighborhood.

Every day is laundry day!

This tagging was planned and advertised a children’s playground.

In every one of the bus stops in the port area, this advertisement is featured. The girl is showing an emergency phone number to call if you (a woman) are experiencing violence. I don’t think Norm even noticed it. Vive la difference… C’est la vie! 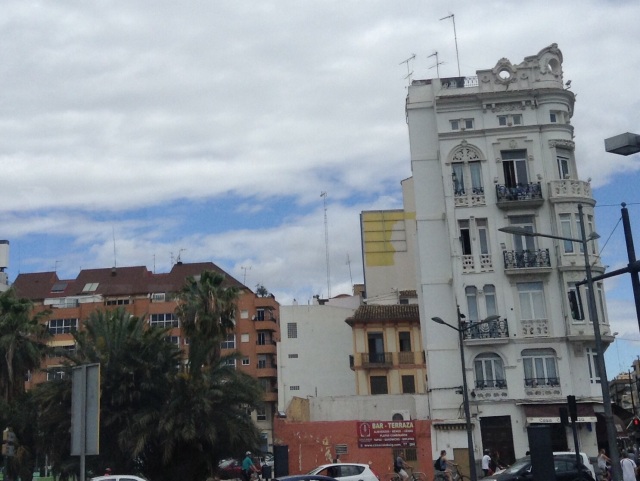 The skyline starts to get interesting again.

There are always places for children to play.

Beautiful skylines start to appear again as we near the main city.

The street signs are posted at the top of the first story of the buildings. 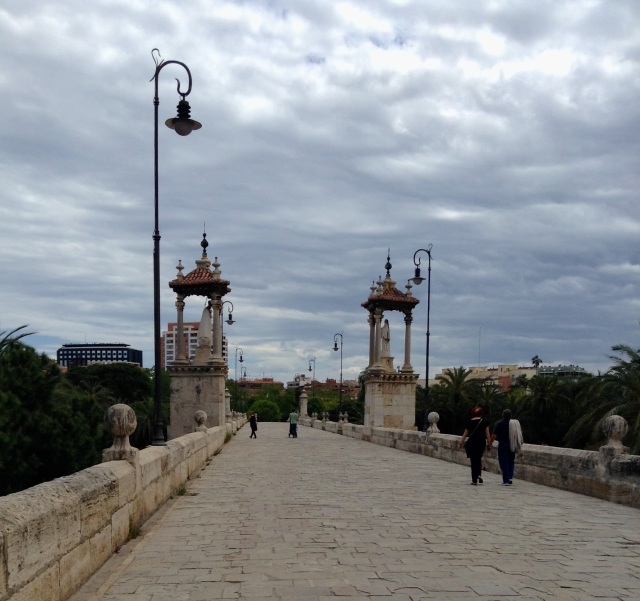 Norm wanted to photograph from the “old bridge” so we exited the bus there.

Love how these buildings were designed to curve allowing for plazas in front of them. And, of course, the tall palm tree is a good idea too.

We ambled down the wide boulevard towards our “trendy” (so we’re told) and artsy neighborhood.

There were some tables and a picnic area, or so we thought. After sitting there and relaxing for quite some time, a waiter came to ask us what we would like to order. Nevermind!

I’ve decided I will buy a condo in this building… when I win the lottery.