Friday, May 1, 2015
Aaah. Today is the day we climb to the top of Castillo Santa Barbara…good thing there is an elevator! We started with a hardy European breakfast with unlimited cups of cafe Americano con leche, caliente, aparte. Love my coffee with cream, so many fewer syllables in English.

It was a short walk to the elevator, but first we had to walk through a sleek, metal tunnel, far into the rock.

After determining that we were pensioners (older than 65), we were admitted free of charge as is every pensioner in the world! What a country!

The elevator whisked us to the top of the rock which is Castillo Santa Barbara. Hey! This place is going to be fun! Watch out for the knight-style archers. 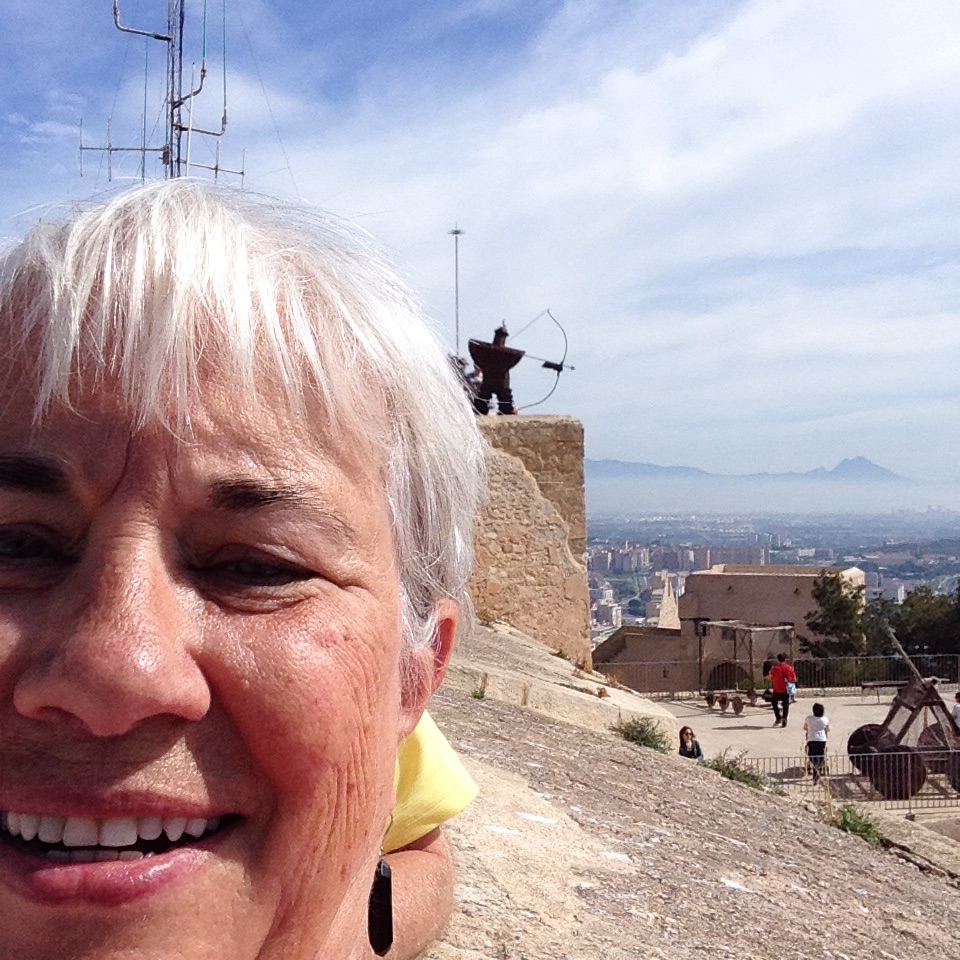 And it is going to be crowded soon as this cruise ship has just glided into port.

Here is a gull’s eye view or the view the defenders of this fortress have had since the 6th century.

The canons were not added until the pirates or foreign attackers had artillery on their ships. It reminds me of the Marin Headlands on the far side of the Golden Gate Bridge where we used to take our fifth-sixth graders on a weeklong camping trip. That artillery was a bit more modern, but still old to them. 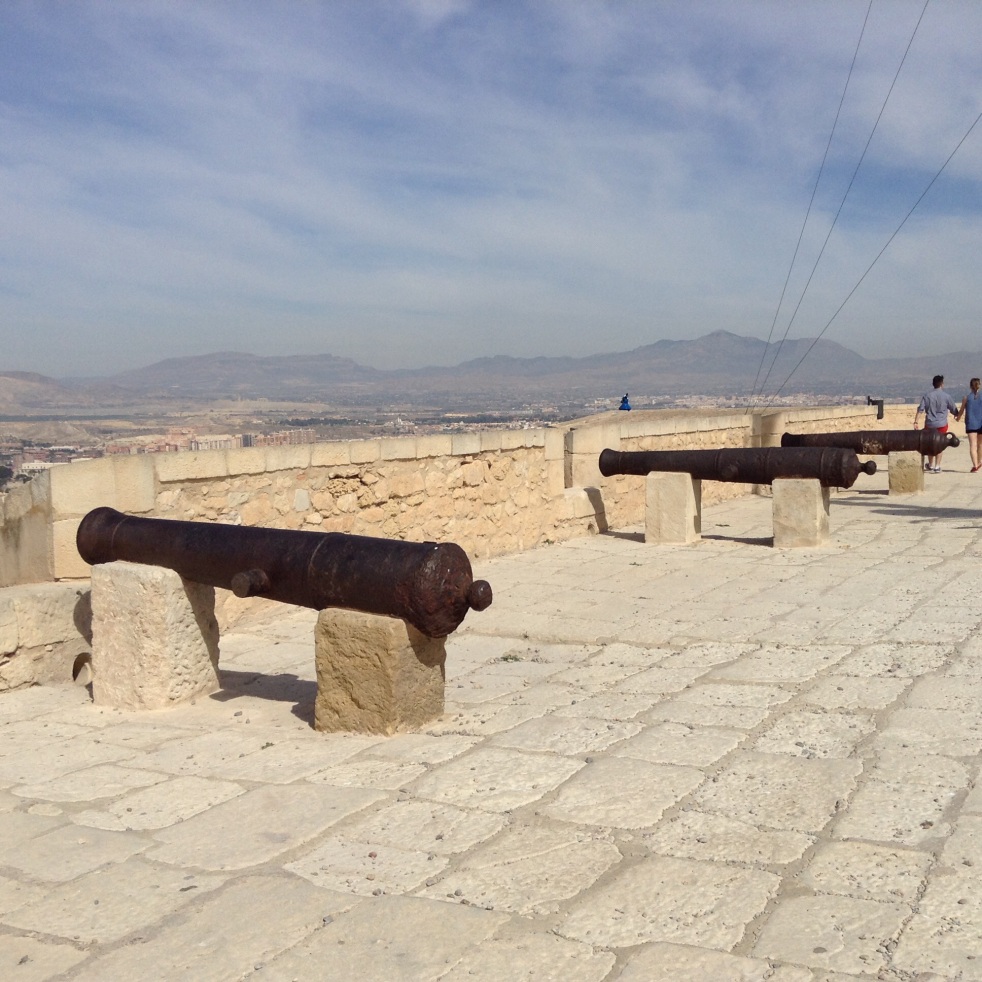 It’s a very special day for this young Spanish girl… Probably a first communion? Not everyone is a tourist like us.

This wall is riddled with pock marks from cannon balls, and one cannon ball remains embedded on the lower right side. 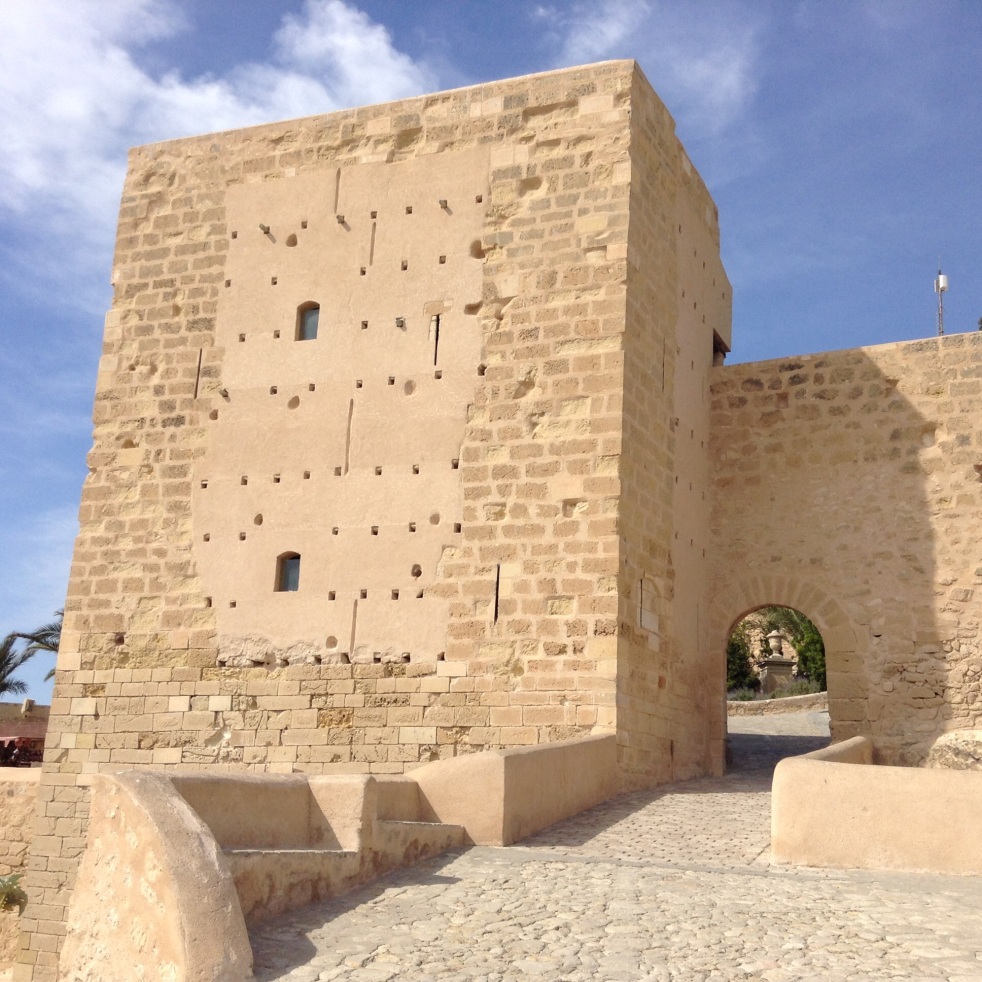 Watch out Norm! The archer has you in his sights!

I’m glad we did not have to descend via these steps.

The bullring is within our sight from up high.

Norm has made friends with this archer, but the one up high is taking aim! There is also an interesting juxtaposition between the modern digital tower and the ancient defensive tower. I think that little tower on the left is where they kept prisoners, if my Spanish translation is correct. Only thin slits for windows and nowhere to land even if you could escape and jump! 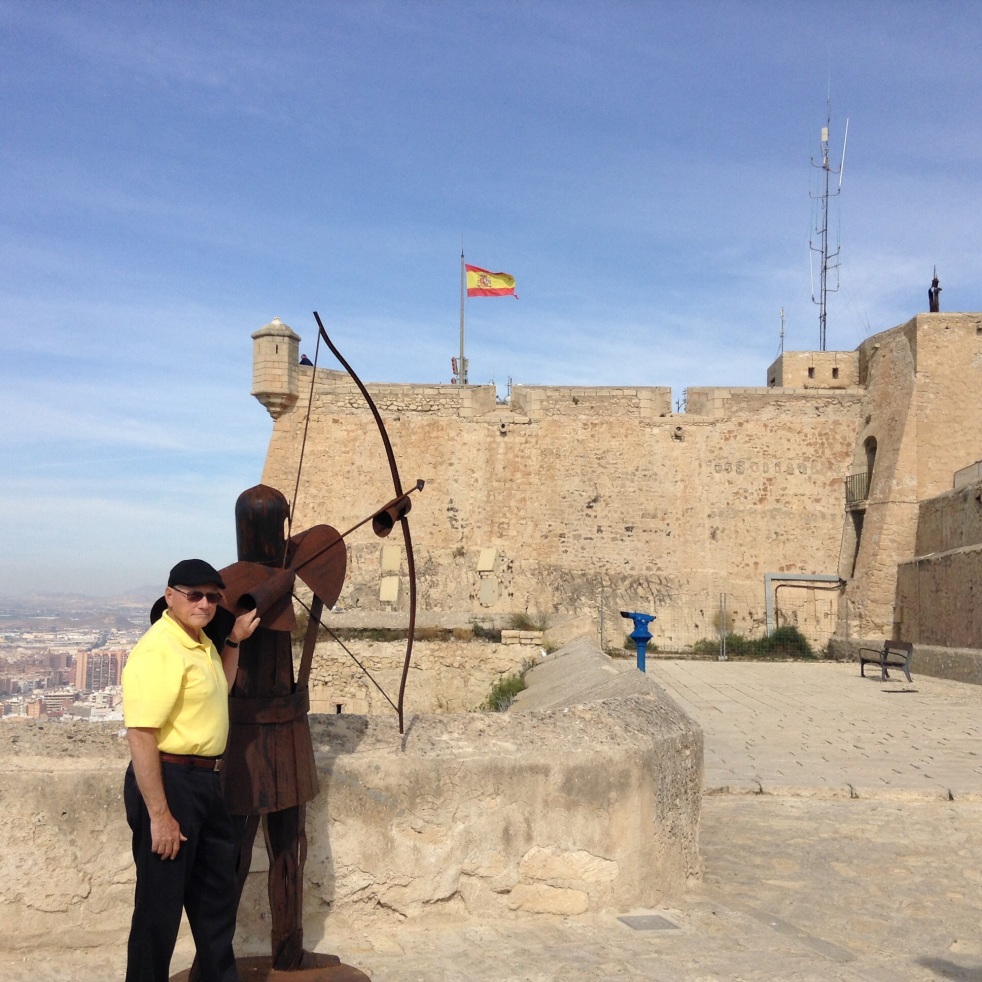 A lovely British gal offered to snap this photo overlooking Alicante harbor for us. Good thing we coordinated our outfits today. Riiigghhtt!

Time to stop for coffee and a soda. It’s getting warm up here.

La Playa de Alicante- the beach at Alicante, Spain. We spent a short time there yesterday.

We’ve loved our two days in Alicante. Soon we will board the train and take a short ride back to Valencia, our home base.