Doing laundry. My choice, so no complaints.  We returned from Barcelona last night, so I want to get us ready for the transfer back to Madrid on Saturday. We definitely needed some down time to rest. Later in the evening we played another round of hearts. For the 4th time, Norm has won by getting exactly 100 points. Doug, is that really a legitimate rule? 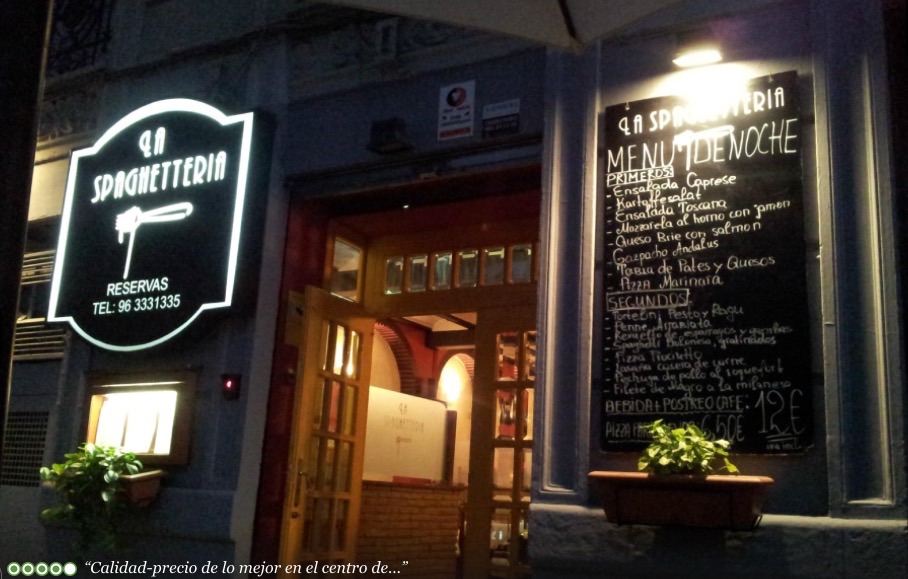 Al and Ingrid joined us for this special meal. Norm and I shared a deliciously fresh caprese salad, as did Al and Ingrid. He had the best lasagna he has had while on our trip, and I had the carbonara sauce on tagliatelle noodles. I’ve had it twice at this restaurant because it is so good. Al had gnocchi and Ingrid had spaghetti with basil pesto sauce. We both finished off with ice cream sundaes (helado), along with Al. Ingrid topped off her meal with a crêpe drizzled heavily with chocolate sauce. This is a very good restaurant only about four blocks from our condo which Norm and I have enjoyed three times now. Why didn’t we take pictures? Five more days until Madrid.

Monday, May 11, 2015
Norm and I had a quick breakfast of toasted croissants and jam, with orange juice, at the corner El Cafe de Camilo. I have developed a way to make my own cafe Americano con leche, so I drink it at the condo where I can have multiple cups. No free refills in Spain… Several cups of coffee a day at a cafe takes a bite out of our “dining out” budget, although we tend to order the same priced meals no matter what. Let’s say I just enjoy making my own coffee with good ground beans from the mercat!

We caught the #80 bus to El Jardi Monfort-a beautiful garden. What a peaceful place.

The blooming bougainvilla made us homesick for Aiea, Hawaii, where our daughter was born. I sat and read in the archway while Norm, the botanist, explored the gardens with his camera. 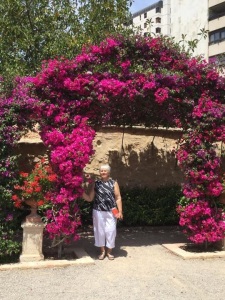 Then we headed for Plaça de Ayuntamiento (Government Center in down town Valencia) to check out a highly recommended restaurant, El Navarro. It passes inspection, so we ate our main

meal of the day here at 4PM, the customary time. I had cheese and walnut stuffed ravioli with pumpkin sauce, and Norm had vegetable penne. My wine glass held Rioja red wine, but since Norm must limit his red wine (no white) to no more than one glass per day, along with no caffeine, he had té verde (caffeine free). The waiters always want to give me the tea, but I stand my ground! We hope to return with Al and Ingrid to order a farewell paella. The chef makes it on the spot, so we must allow 50 minutes if we order paella. Can’t wait to return to try the paella. Soon.