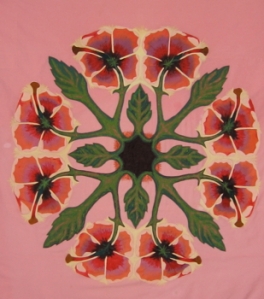 Started in 1974 after the birth of my daughter while living in Aiea, Hawaii. My original design has now been painted and will soon be quilted and beaded. 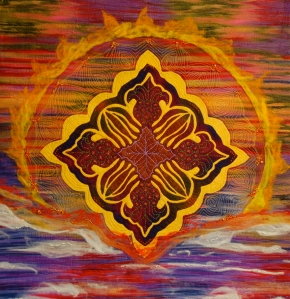 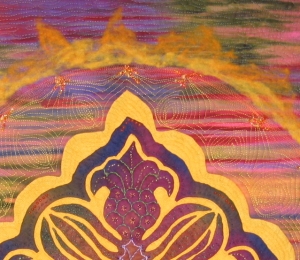 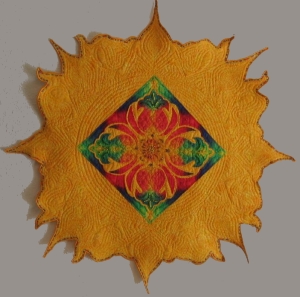 2008: The winter was particularly harsh in Minnesota, so I designed a small Hawaiian pineapple quilt. It grew into a larger rendition. It was a return to my beloved Hawaiian echo quilting which I hope to incorporate into more quilts.  It earned the name “Sweet Tropical Sunshine” when it took on that shape all on its own!  It won Grand Champion at the Douglas County Fair and Honorable Mention at the Durham Orange Guild Show.   Not for sale. 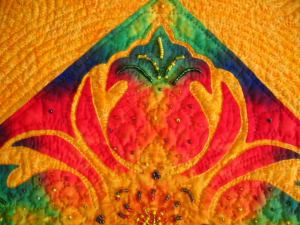 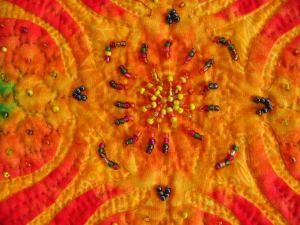 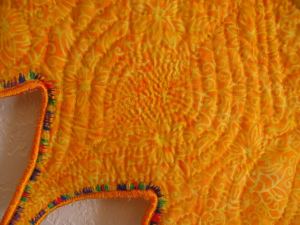 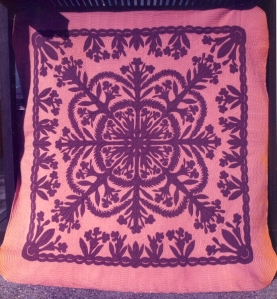 1973-1978: Needle-turn applique and Hand quilting. Started while we were stationed on Oahu in Hawaii; finished over five years. First in Hawaii Series. Not for sale.